The latest employment report from the U.S. Labor Department showed that while the U.S. economy added 850,000 nonfarm payroll jobs in June, it is still down 6.8 million jobs from February 2020. Job openings have surged to a record high of 9.2 million, and as the economy continues to reopen, we expect the economy to continue to mend. Consensus forecasts put full year U.S. Real GDP growth over 6% in 2021, which would help to close the large gap between the current level of economic activity and potential output.

Indeed, the bond market has shrugged off these inflation readings, and long-term interest rates have fallen recently. The U.S. weekly average 30-year fixed-rate mortgage was 2.9% for the week of July 8, 2021. And, while we forecast rates to increase gradually later in the year, we don't expect to see a rapid increase. At the end of the year, we forecast 30-year rates will be around 3.4%, rising to 3.8% by the fourth quarter of 2022.

We expect low rates and a recovering labor market to be supportive of housing market activity. The single-family housing market remains robust, with U.S. house prices increasing 17% year-over-year in the May release of the Freddie Mac House Price Index (FMHPI). That's the highest 12-month house price growth in the history of the FMHPI going back to 1975, higher than the mid-2000s house price boom and higher than the inflation years of the late 1970s and early 1980s. In fact, according to data compiled by Nobel Prize winning economist Robert Shiller, current real (inflation-adjusted) house prices are the highest they have been in 131 years of data dating back to 1890. 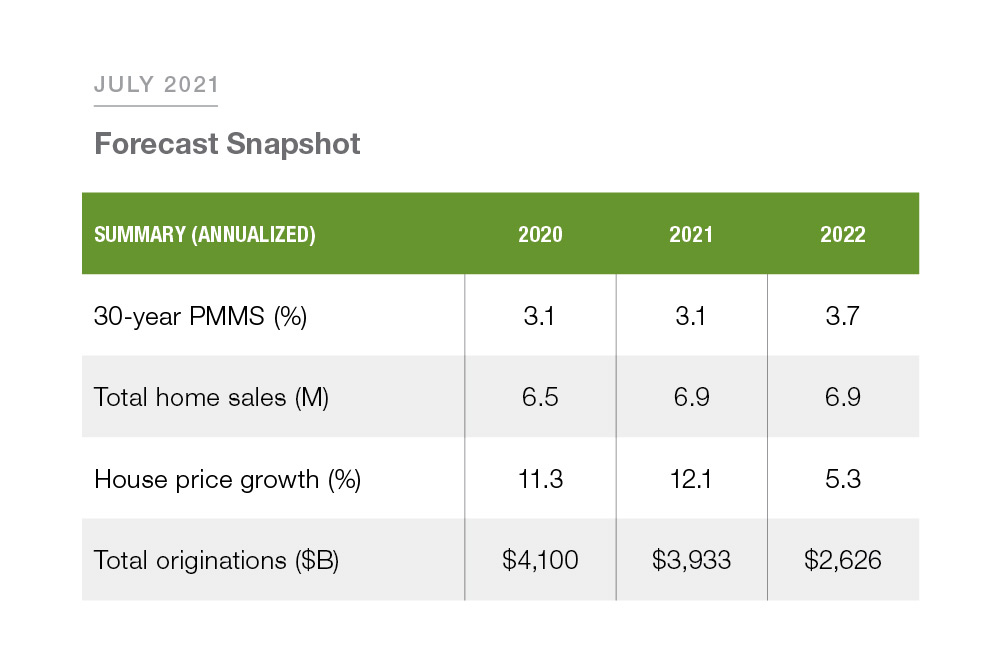 The rapid run up in house prices may be starting to exhaust potential homebuyers. We've seen indications of softening demand in recent home purchase mortgage applications data. And, while sales metrics remain above pre-pandemic levels, the pace of sales has cooled since the first quarter of this year with home sales slowing for the past four consecutive months. That’s reflected in our home sales forecast, which has total home sales declining to 6.9 million in 2021 and 2022 after reaching a seasonally adjusted annual rate of 7.6 million and 7.2 million in the fourth quarter of 2020 and first quarter of 2021, respectively. 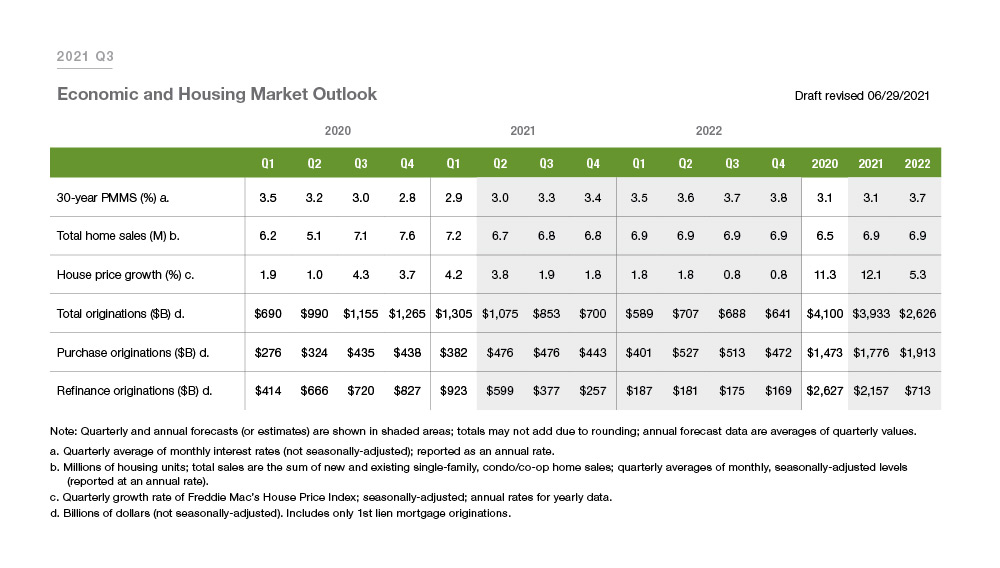