After softening for much of 2018, the housing market remains stable after a boost from lower mortgage rates and slowing home price growth. 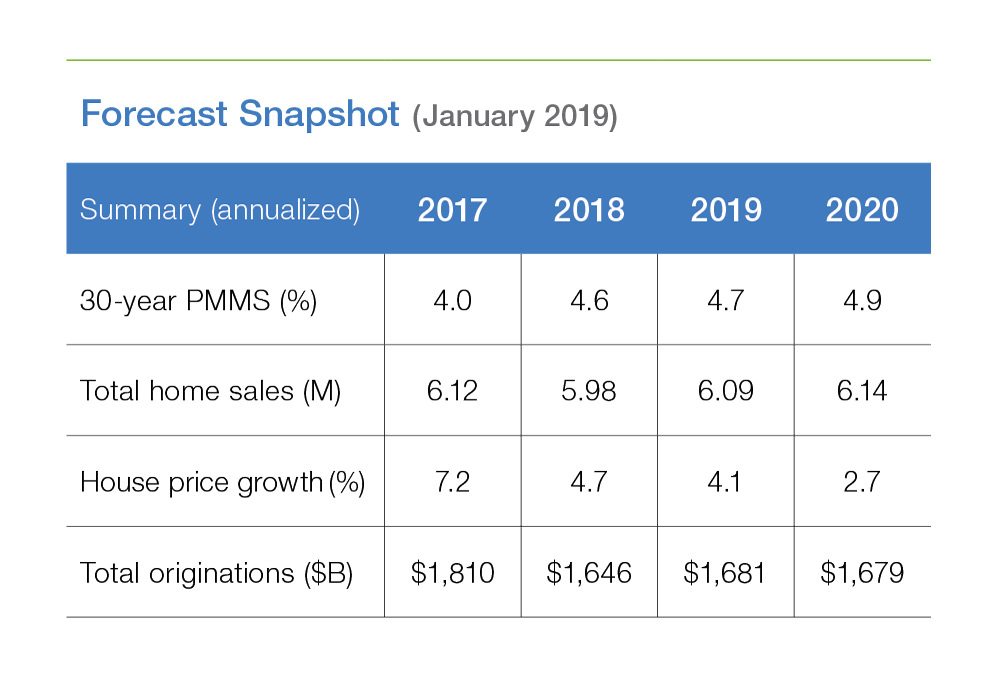 The market has moved significantly since the end of 2018 with much of the volatility stemming from speculation about the Federal Reserve’s future interest rate hikes, or lack thereof. We will be including the Federal Funds Effective Rate in our forecast from this month forward, given policy makers’ comments and recent turmoil in the market. We anticipate one rate-hike this year with the Federal funds rate averaging 2.3 percent in 2019, then holding steady at 2.5 percent in the four quarters of 2020.

The growth rate of the U.S. economy is estimated to have slowed to 2.6 percent in the fourth quarter of 2018. The partial government shutdown will likely have a negative impact on GDP this quarter. We forecast that GDP growth will decelerate to 2.5 percent in 2019 and 1.8 percent in 2020.

The labor market has held strong despite the uncertainty in other areas of the economy. The unemployment rate averaged 3.9 percent in 2018, a low not seen in 49 years. Jobless claims fell 1.4 percent to 213,000 in the second week of January despite the increase in claims filed by Federal employees as a result of the partial government shutdown. The four-week moving average edged slightly lower, decreasing 0.5 percent to 220,750 and remains much stronger than early December levels. Additionally, average hourly earnings increased 3.2 percent year over year and made a monthly increase of 0.4 percent in December, the largest jump we’ve seen in a year. We forecast unemployment to drop slightly to 3.6 percent in 2019 before returning to a more sustainable long-term rate of 3.9 percent in 2020.

After climbing for several months, the 30-year fixed-rate mortgage began to let up at the end of the year, averaging 4.6 percent in 2018 and dropping to a nine-month low of 4.45 percent in early January. Given the shifting tone regarding future rate hikes, we have revised our mortgage rate forecast downward. We forecast the 30-year fixed-rate mortgage to average 4.7 percent in 2019 before increasing to 4.9 percent in 2020. After exceeding seven-year highs in the fourth quarter of 2018, the moderation of mortgage rates should offer some relief to the previously strained housing market. 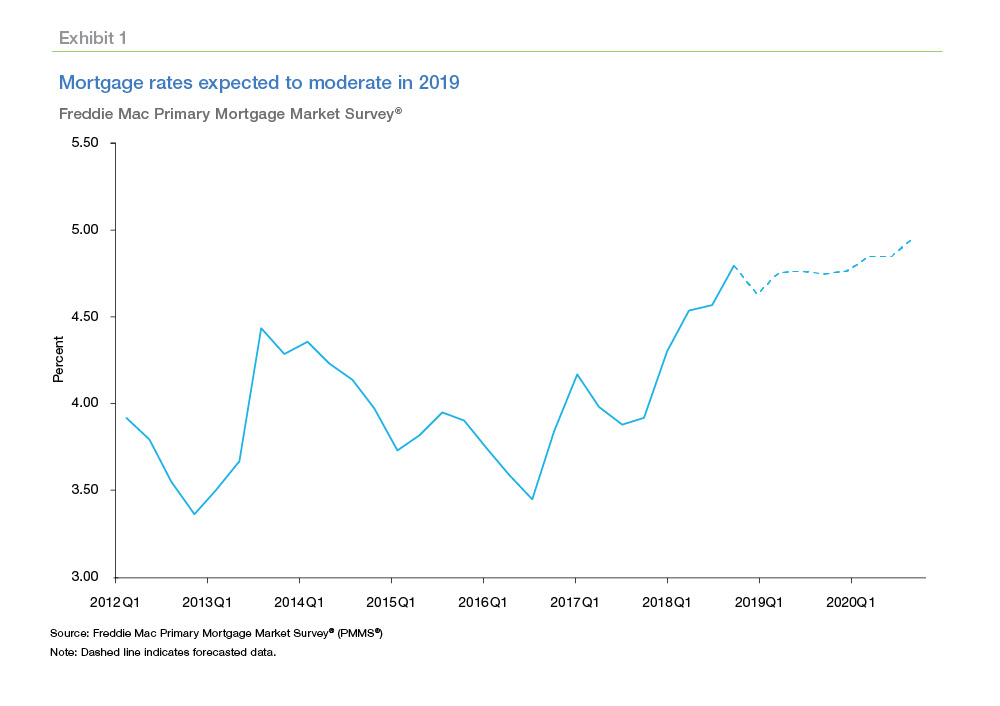 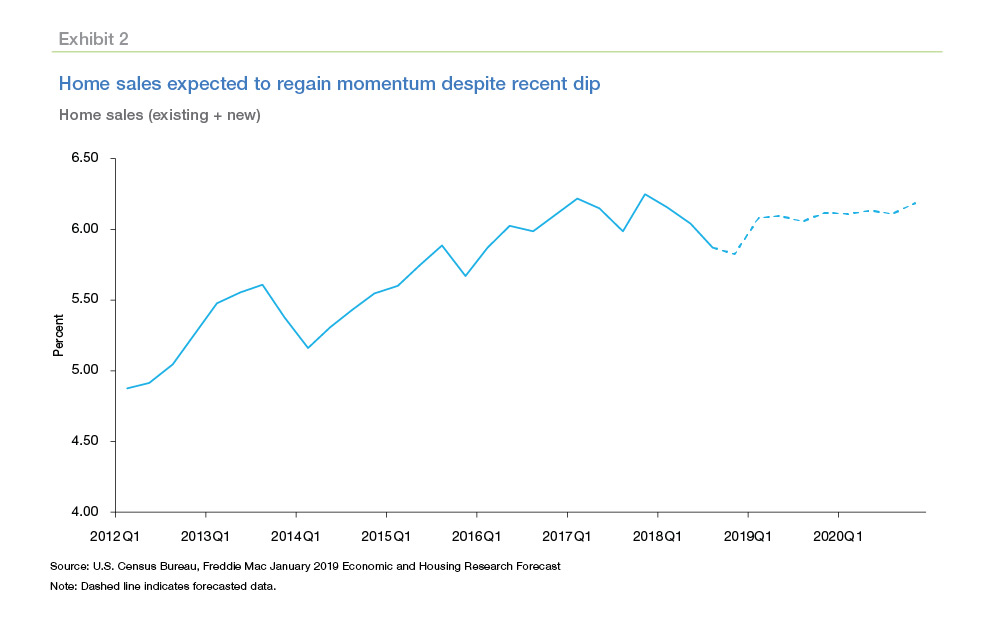 Despite the weakening of the housing market in 2018, early 2019 data signals a possible turnaround for the year to come. This recent uptick in activity proves that homebuyers are very sensitive to changing rates and will likely respond positively if mortgage rates remain low.

After steadily increasing for years, home prices have finally begun to cool, and while they’re still increasing, we expect the rate of growth to slow. The growth rate of the Freddie Mac House Price Index fell slightly to 0.7 percent in the fourth quarter of 2018. We forecast that home prices will increase 4.1 percent and 2.7 percent in 2019 and 2020, respectively. 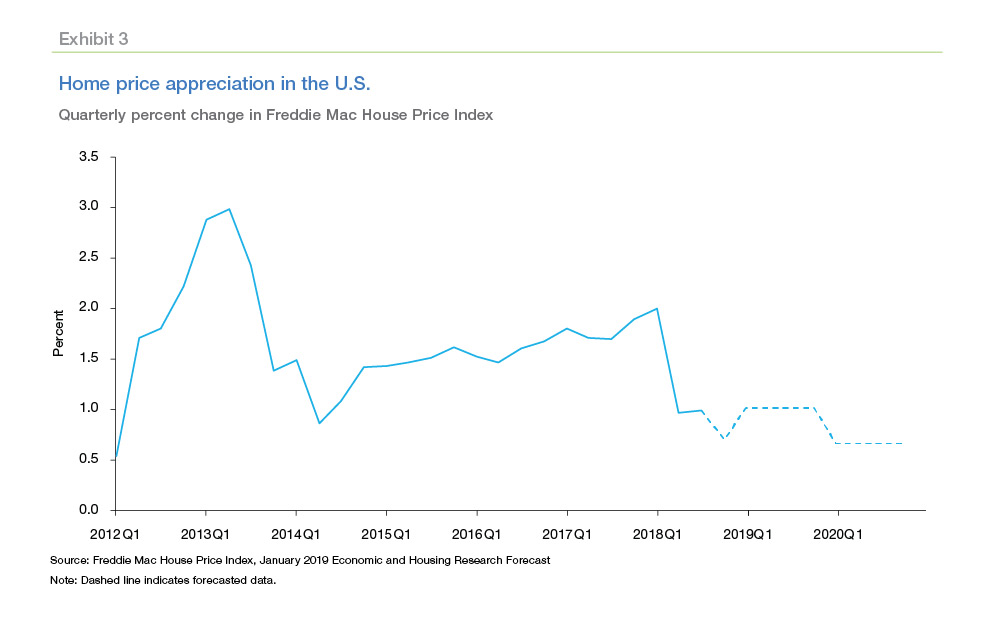 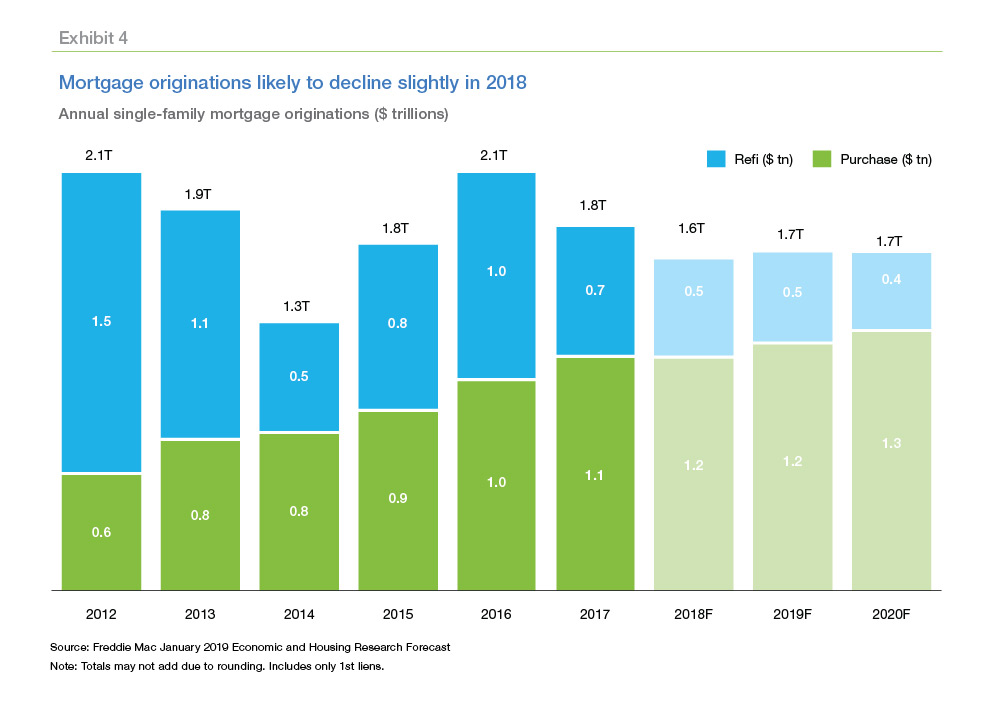 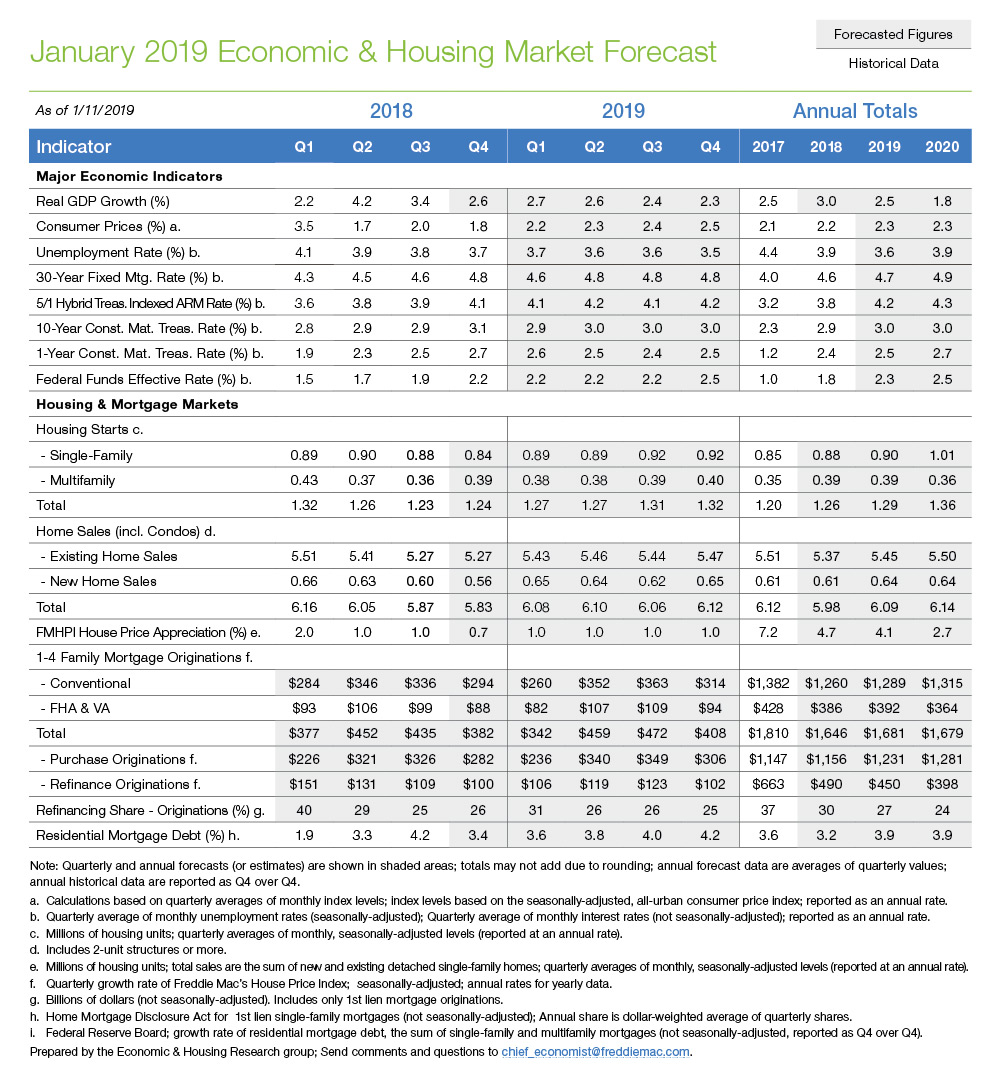