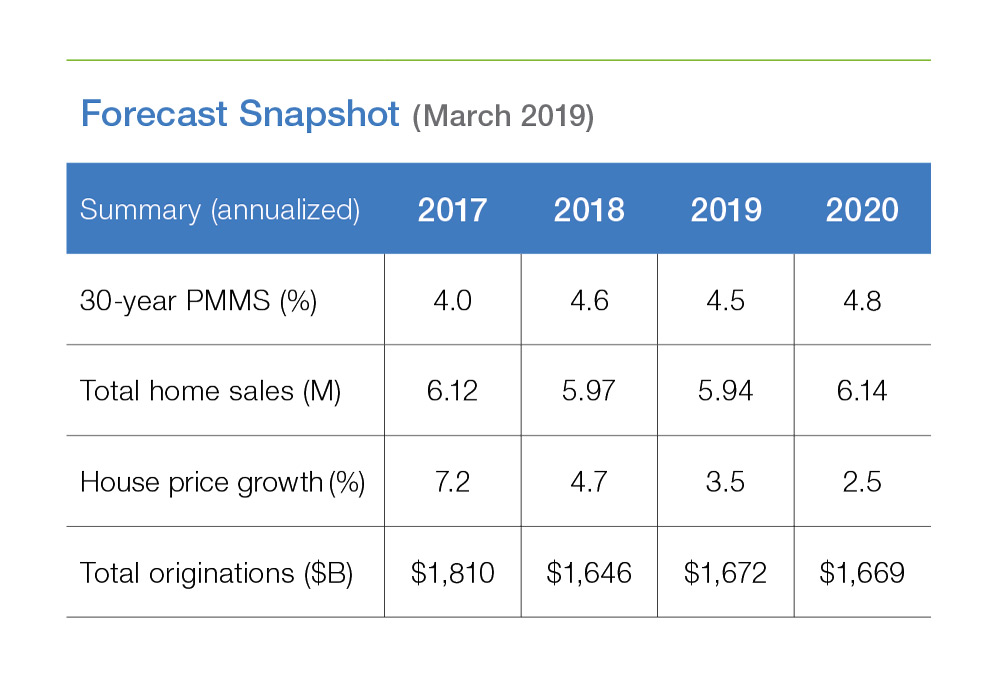 In line with our earlier forecast, GDP for the fourth quarter of 2018 grew at the rate of 2.6 percent. However, owing to the decline in residential fixed investment and consumer spending, as well as the effects of the government shutdown in January, we have lowered our GDP growth rate forecast for the first quarter of 2019 to 1.2 percent. We forecast GDP to regain its strength during the rest of the year but expect overall GDP growth to decelerate to 2.0 percent in 2019 and 1.8 percent in 2020.

Even though the increasing demand for labor has driven up wages, slowing domestic and global growth has kept inflation low. Based on this, we have revised down our consumer prices forecast for the first quarter of 2019 to 0.5 percent and lowered its projected forecast for the rest of the year as well.

Recent labor market reports emphasize the growing chasm between job openings and available labor, as well as the slow increase in nonfarm payroll–indicating a tightening labor market. We forecast unemployment to drop slightly to 3.8 percent in 2019 before increasing to 3.9 percent in 2020.

Mortgage rates continue to decline since the beginning of 2019 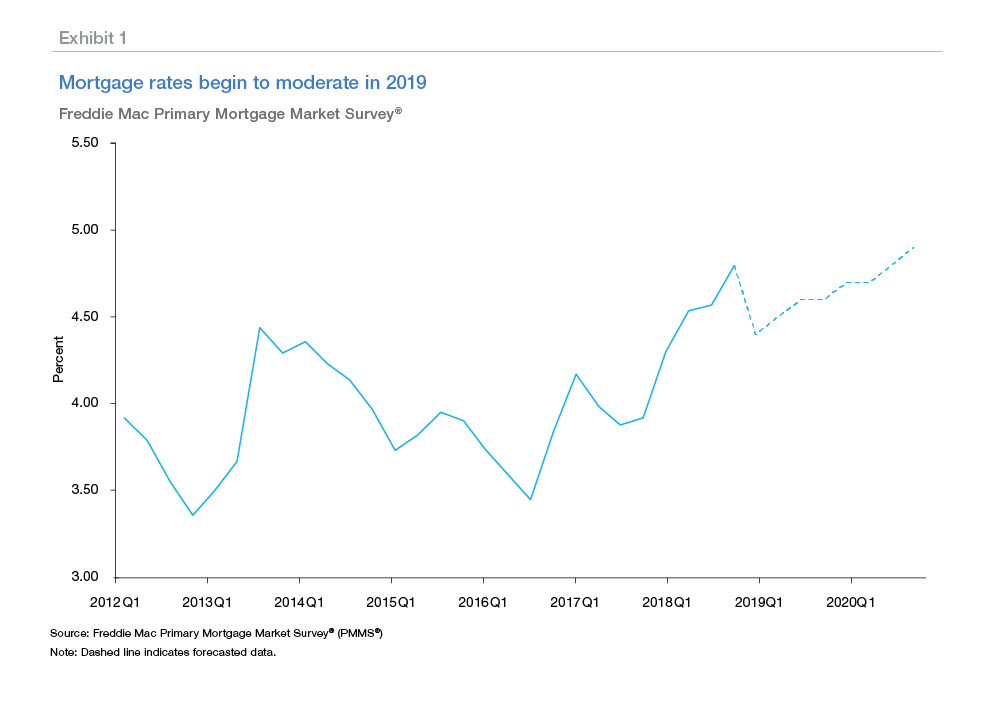 Existing home sales slumped to start the year, likely in part due to exceptionally cold weather in January and the temporary effects of the government shutdown. With mortgage rates down significantly from last fall, we expect to see existing home sales bounce back and trend higher for the rest of the year. However, our forecast indicates that total home sales (new and existing) will remain down at 5.94 million in 2019 since home sales are starting the year at such a slow rate, before increasing to 6.14 million in 2020. 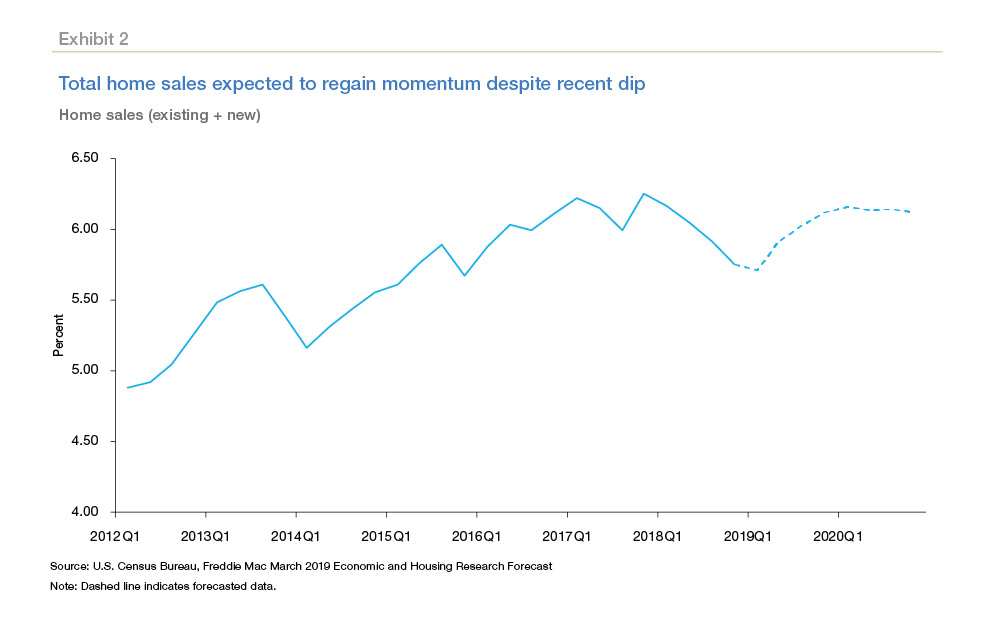 After accelerating in recent years, home price growth in the United States has continued to moderate. In line with recent trends, we have lowered our home price growth forecasts to annual increases of 3.5 percent and 2.5 percent in 2019 and 2020, respectively. 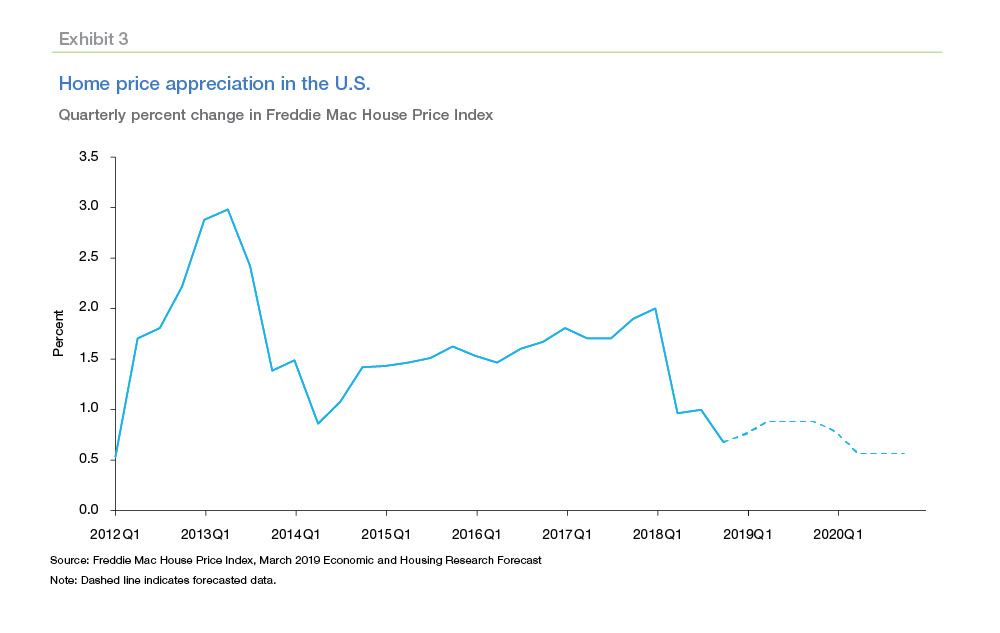 We expect single-family mortgage originations to increase by 1.6 percent to $1.67 trillion in 2019 and remain at a similar level in 2020. With the consistent easing of mortgage rates since the end of 2018, there is a large population of conforming loans with higher mortgage rates that may be refinanced at more favorable rates. As a result, we revised up our forecast of the refinance share of originations to 30 percent and 26 percent in 2019 and 2020, respectively. 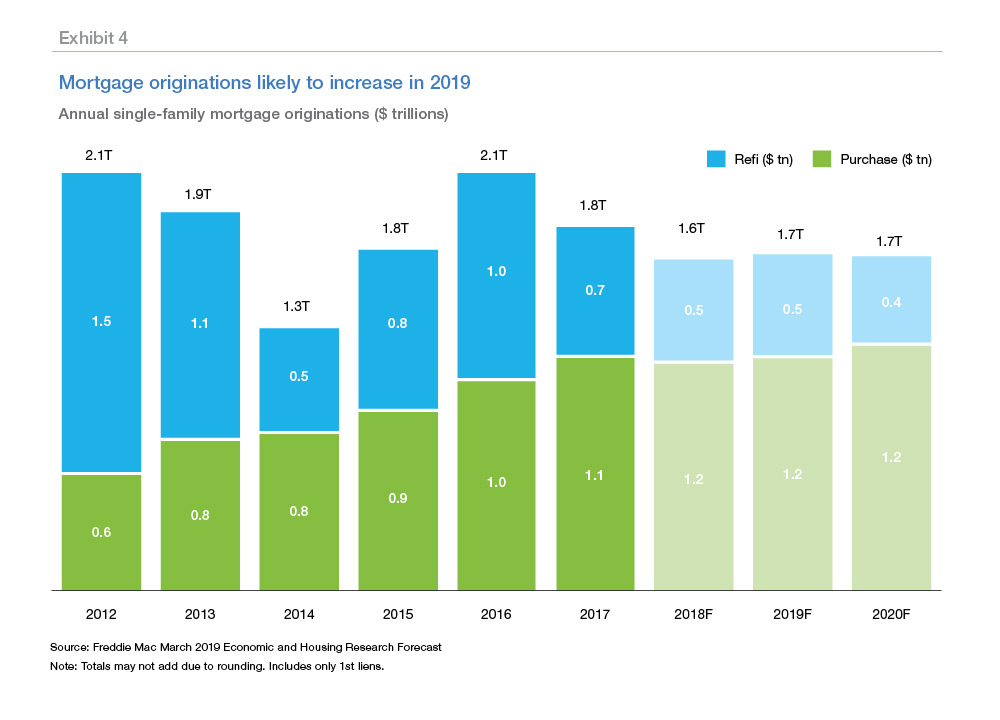 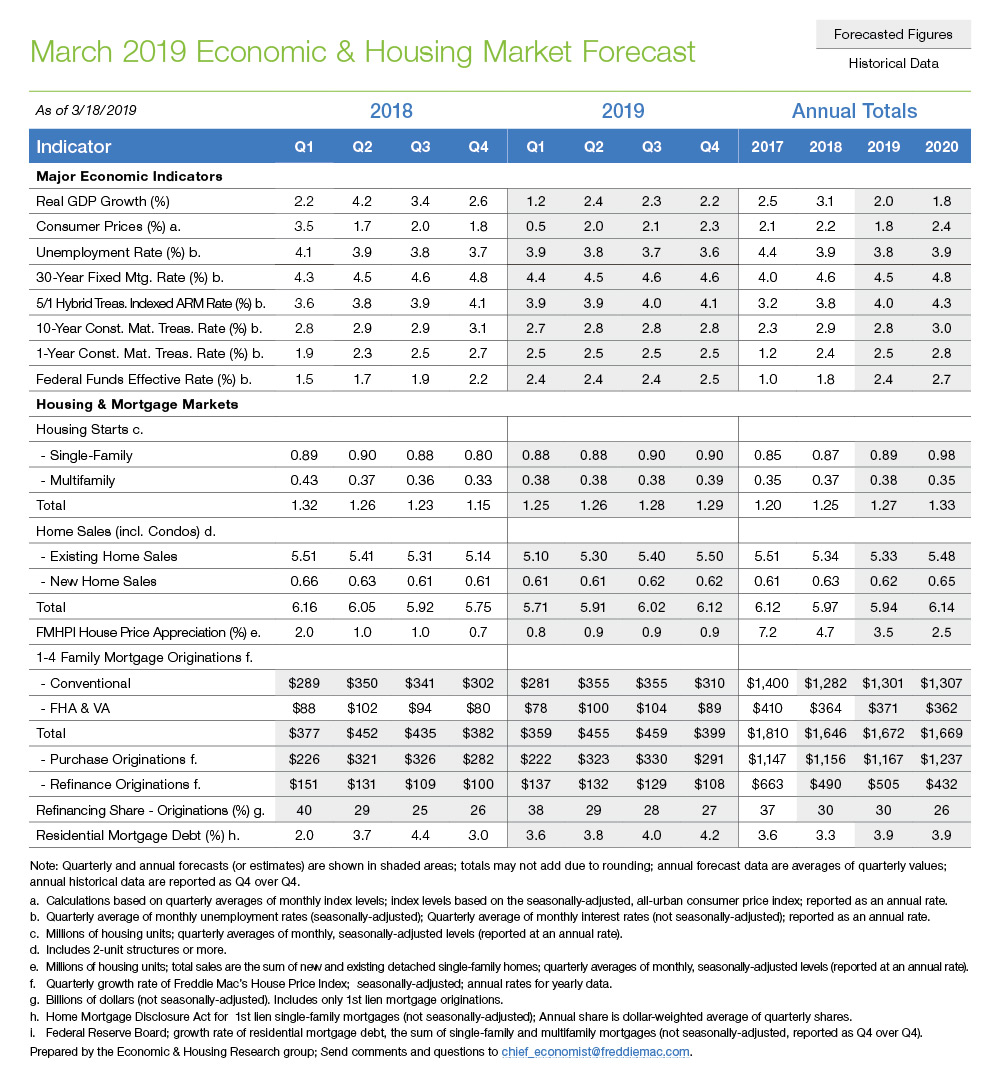