What is Causing the Lean Inventory of Houses?

We’re halfway through 2017 and macroeconomic conditions are essentially unchanged from the last couple of years. Real growth is moderate, notwithstanding the 1.4 percent reading in the first quarter, though relatively weak growth in the first quarter has been typical for the last couple of years. Inflation remains stubbornly sluggish, leading the Federal Reserve to dampen expectations for another rate hike this Fall. The economy added 222,000 jobs in June, making up for a weak May, while the unemployment rate ticked up a tenth of a percentage point to 4.4 percent. Year-to-date, employment growth has averaged 146,000 jobs per month, similar to the 144,000-monthly average in 2016. 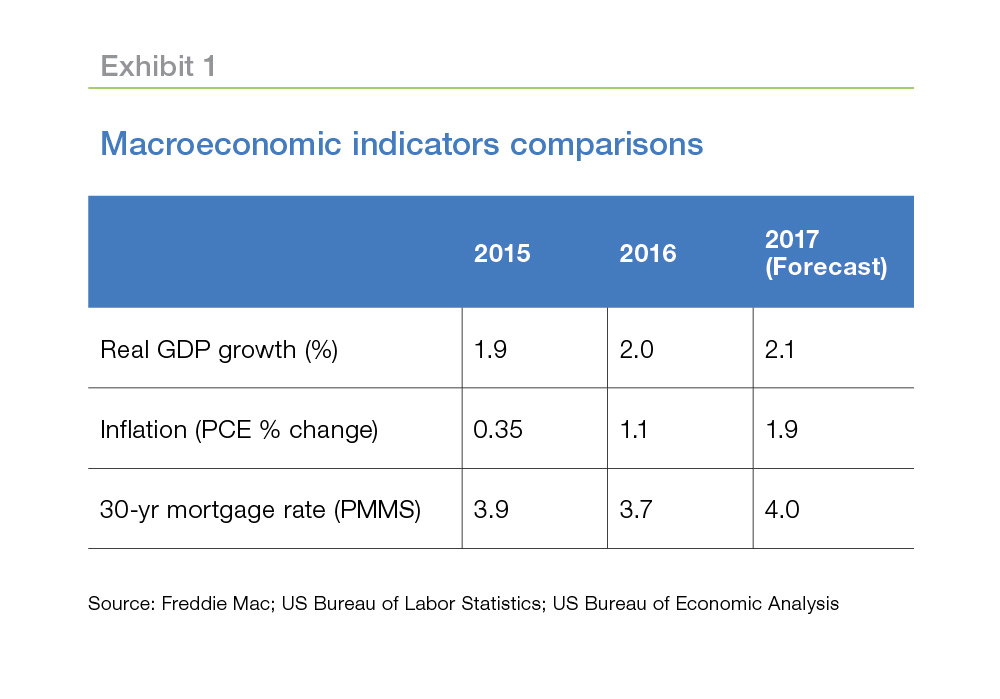 The housing market remains on track for a strong year despite a tight inventory of homes for sale. Home sales bounced back in May after a relatively weak April, and sales year-to-date are running at an annual rate of 5.2 million units, compared to 4.7 million units for the first five months of 2016. Mortgage rates have fallen around 35 basis points since the end of last year and are hovering around 4 percent. At this level, mortgage rates will continue to support robust demand. Housing starts, however, fell 5.5 percent in May and permits for single-family homes fell 1.9 percent. Starts have fallen 14 percent since the end of last year, exacerbating the inventory shortage.

Why aren’t we building enough houses?

A decade after the Great Recession, the housing market is rebounding. House prices today are higher than they were at the peak in the summer of 2006, near-record-low mortgage rates have boosted housing demand, and sales volume is robust.

The spoiler is the lean inventory of houses for sale. Nationally, just over five months of supply is for sale and hot markets are much tighter than the national average. So far, residential construction is not doing much to fill the gap. Permits as a share of the population dropped around 70 percent during the housing bust and has yet to fully recover (Exhibit 2). 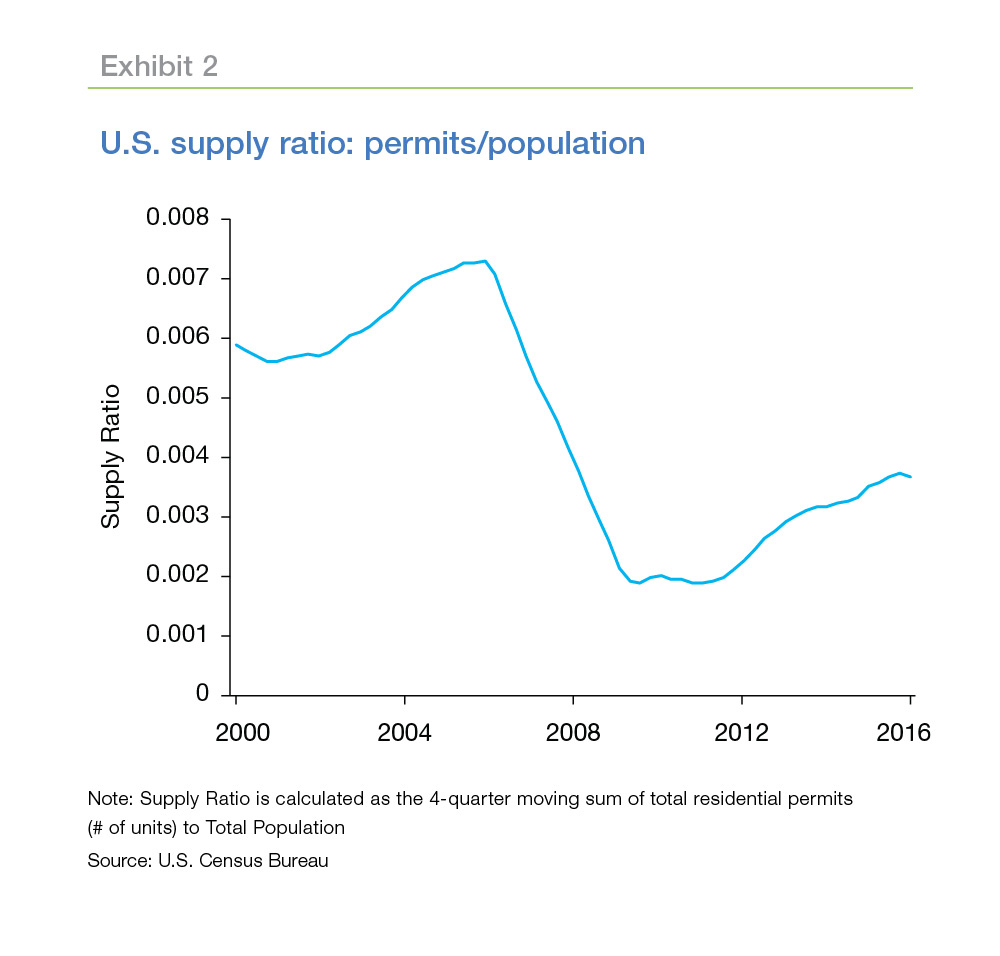 With home prices rising and housing demand high, we’d expect builders to increase production.  Instead, they are providing less housing (relative to population) than in the past. The main reasons appear to be a shortage of skilled labor and an increase in development costs.

Four factors contribute to the current labor shortage in housing:

The price of land (acquisition and preparation for construction) has risen more rapidly than the price of the structures built on the land. This trend has driven up the share of land cost as a proportion of house price (Exhibit 3). Since the cost of land is largely a fixed cost in a building project, the increase in the cost of land tends to make entry-level housing less profitable and thus tilts development toward higher-end housing. 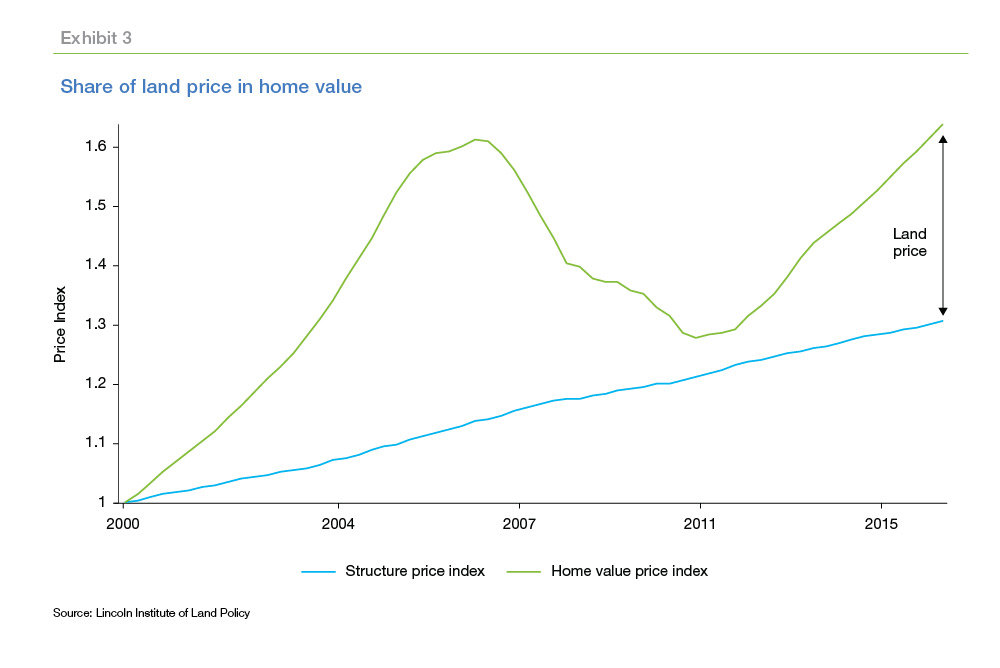 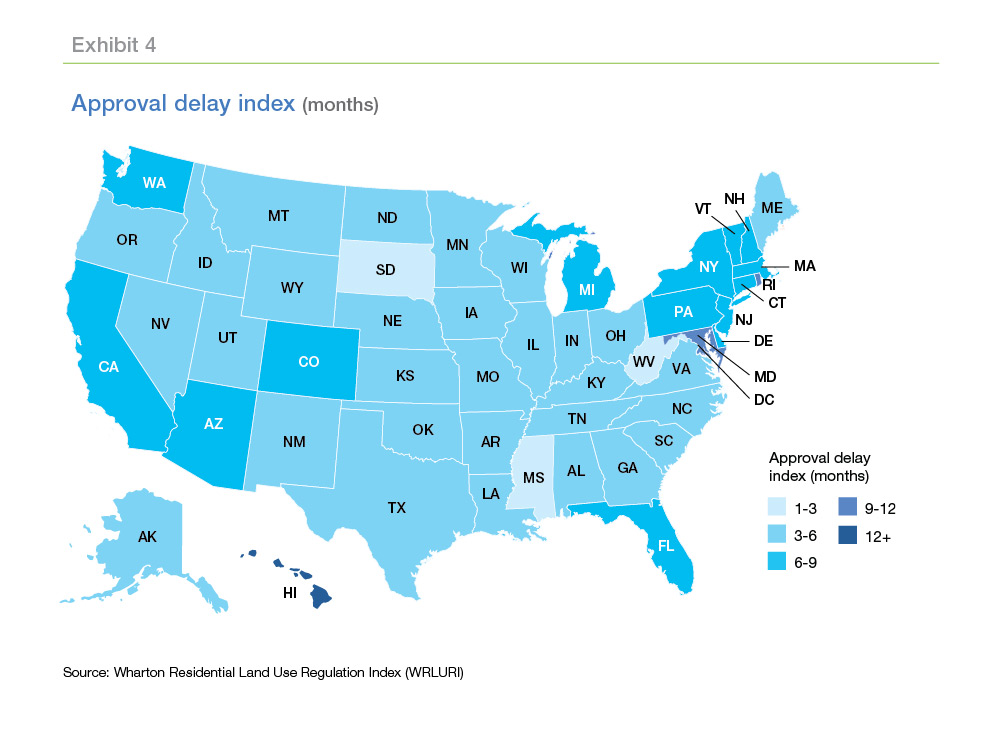 In cities like San Francisco, the scarcity of buildable land compounds the impact of land use regulations. And, in fact, cities where bodies of water and steep grades significantly reduce the supply of land tend to have stricter-than-average land-use regulations. 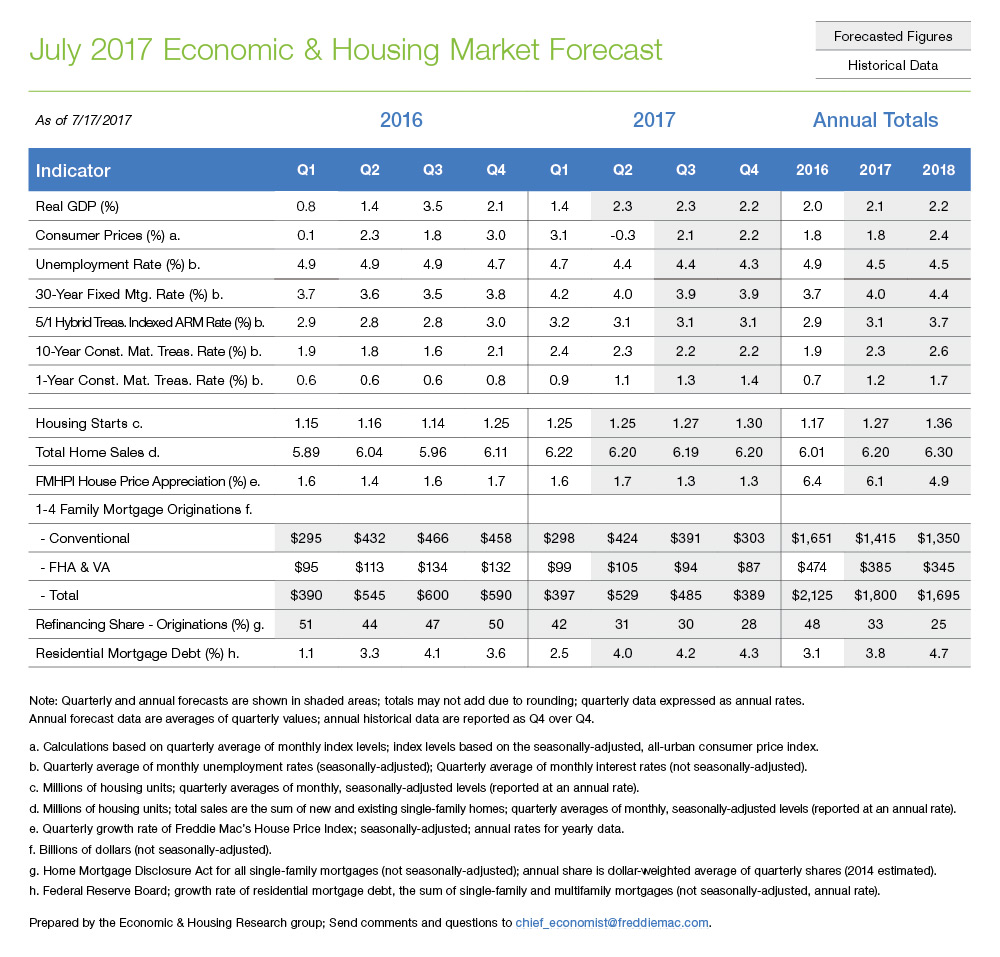