The economic picture remains much the same as in recent years. After revisions to consumer spending, real gross domestic product (GDP) growth in the first quarter of 2017 was 1.2 percent. Inflation remains tepid. The Consumer Price Index (CPI) rose 0.2 percent in April. Core CPI rose just 0.1 percent. The labor market maintained its momentum. May marked the 80th consecutive month of job gains. The unemployment rate dropped another 0.1 percentage points to 4.3 percent. Weak growth, moderate inflation and a labor market at full employment are likely to persist.

Housing remains a bright spot. Year-to-date total home sales and housing construction are the highest in years. But housing data weakened this past month. Housing starts fell 2.6 percent in April. Permits for single-family homes also declined. After a strong March, home sales took a hit in April as well. New home sales fell 11.4 percent and existing home sales fell 2.3 percent. The recent declines are likely to reverse as low mortgage interest rates and solid job gains boost the housing market. We expect housing starts and home sales to firm in the coming months and for 2017 to exceed 2016's best-in-a-decade levels. 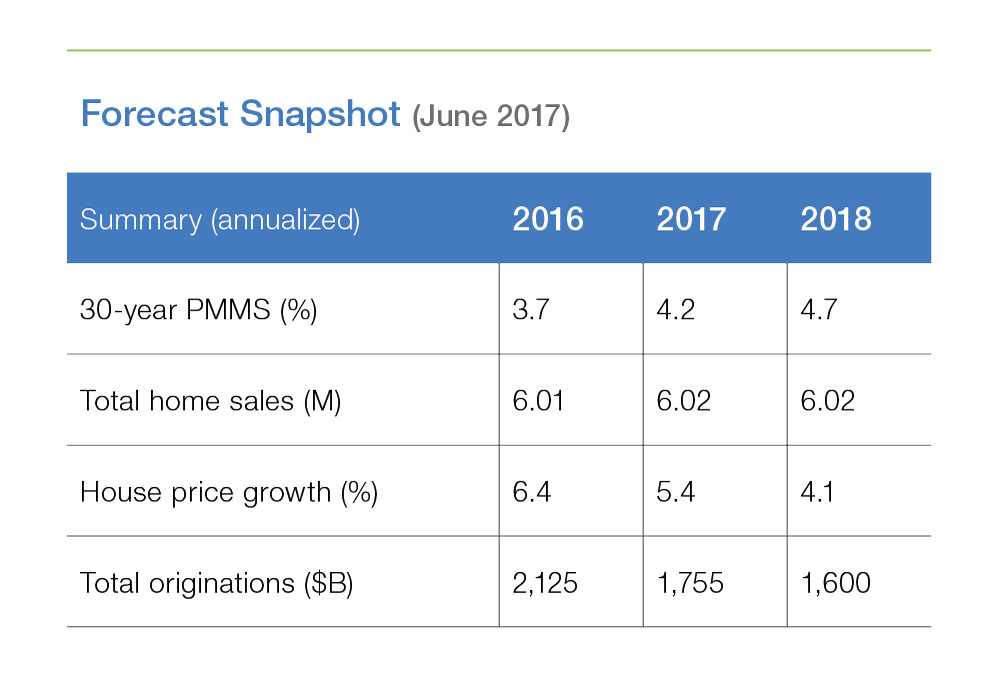 Thinking of buying a home?

June is National Homeownership Month, a time to reflect on the many benefits of owning a home. Owning a home is a key to wealth accumulation: Home owners build equity through paying down principal and home price appreciation. Tax benefits magnify the financial benefits of increasing home equity.

Prior to the Great Recession, homeownership rose to an all-time high of 69.2 percent of households. During the recession, many people lost their homes through foreclosures, and homeownership rates in the U.S. dipped to a 50-year low. In the first quarter of 2017, the rate was 63.6 percent – six-percentage points lower than its peak in 2004. 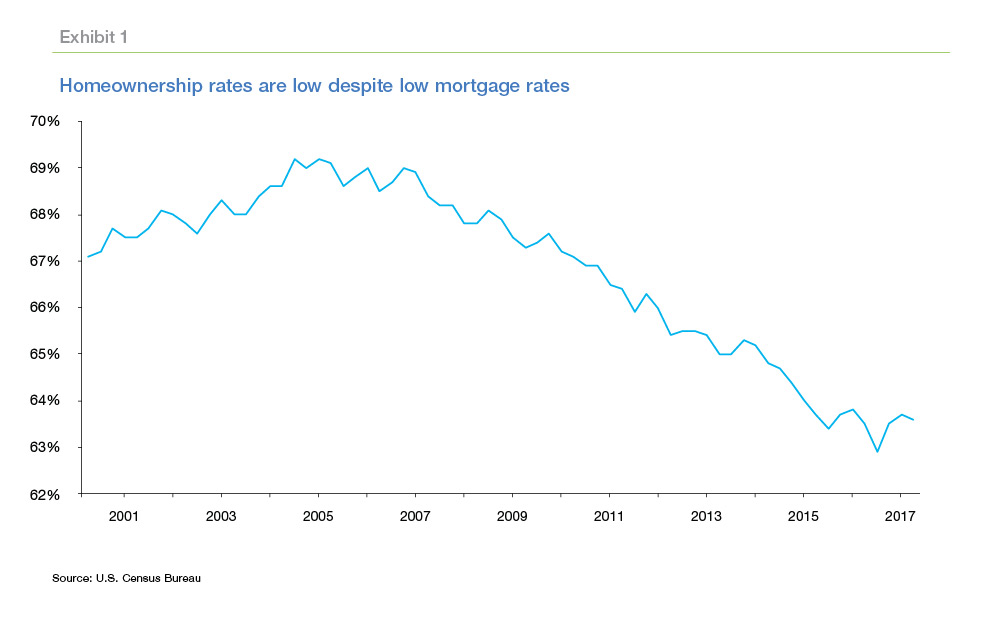 So, where is homeownership headed from here?  Here are a few of the factors that have caught our attention.

To cap off these discussions, our soon-to-be published article, "If housing is so affordable, why doesn't it feel that way?" takes on all these issues at once to assess the real barriers to homeownership today. 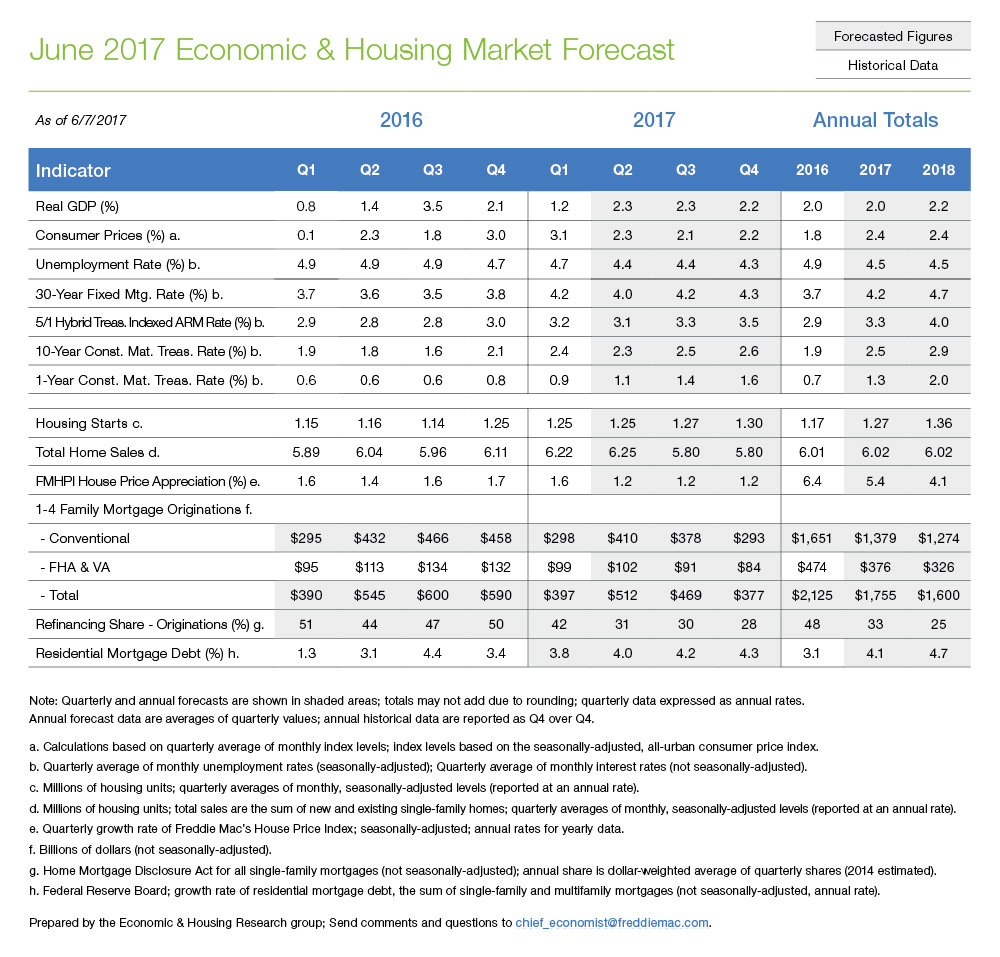