The economic environment remains favorable for housing and mortgage markets. For several years, we have had moderate economic growth of about two percent a year, solid job gains and low mortgage interest rates. We forecast those conditions to persist into next year.

If the economic environment remains similar next year, what should we expect for the mortgage market?

We expect three trends to drive the mortgage market of 2018: 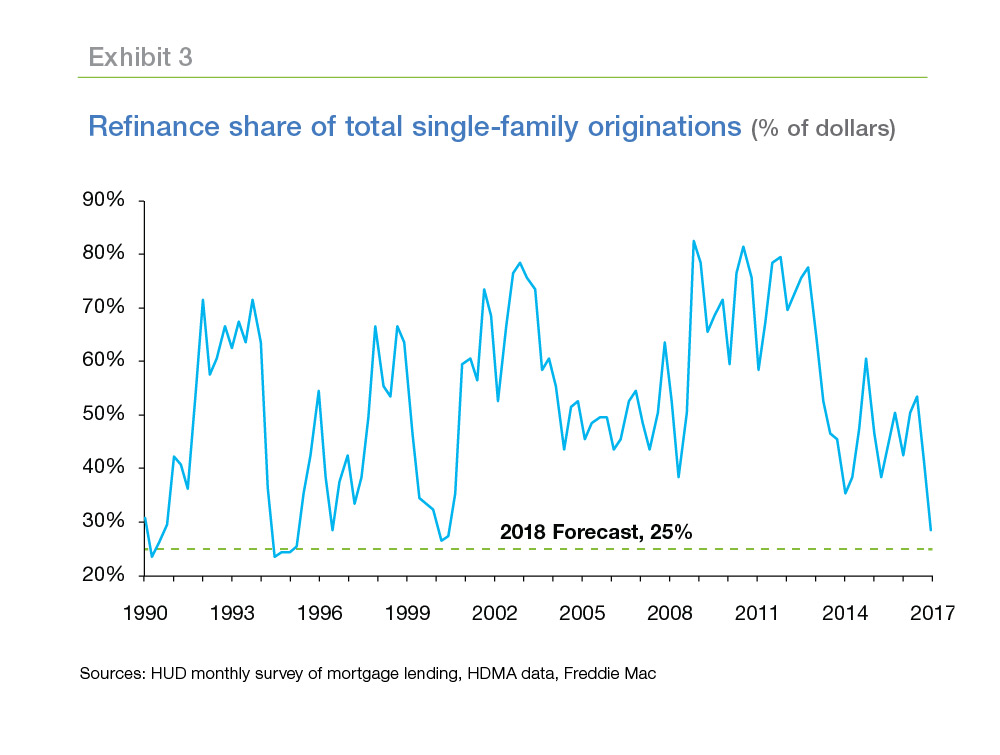 In recent years, many homeowners have taken advantage of low mortgage rates by refinancing their existing mortgage into a new mortgage with a lower rate. With mortgage rates up from last summer's near-record lows, the potential for rate refinances has diminished. 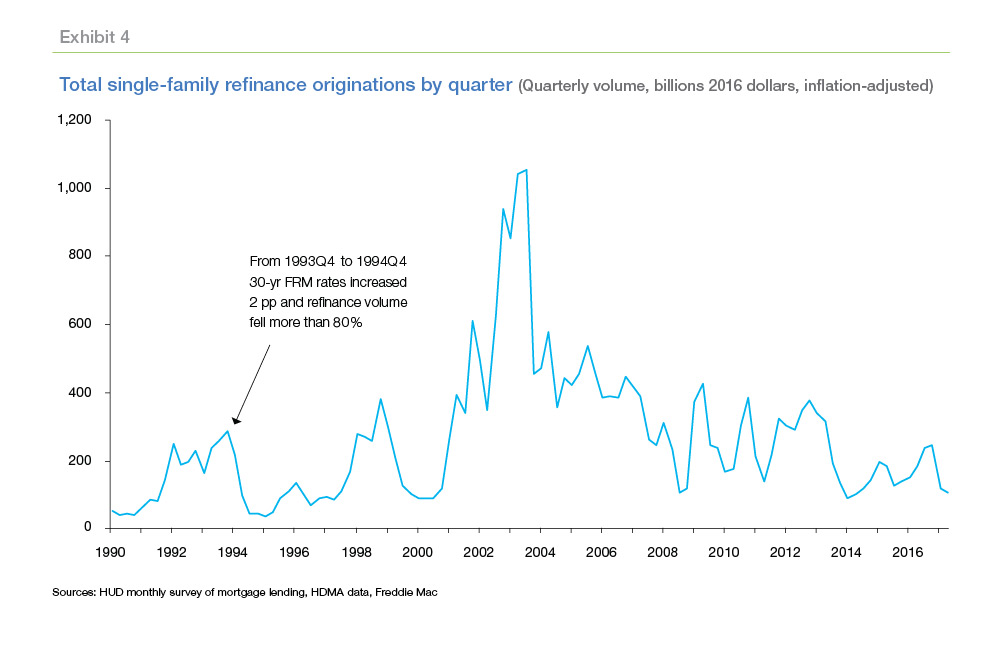 But even if rates don't spike and remain relatively flat, refinance volumes will likely decline. How much? Last year, we estimated the rate refinance potential for the conventional market. Exhibit 5 shows an updated analysis comparing July of 2016 to July of 2017.

Some borrowers refinance to shorten their loan term. Freddie Mac's second quarter 2017 Quarterly Refinance Statistics show that the share of refinance borrowers that shortened their loan term was 35 percent during the quarter and has been over 30 percent since the first quarter of 2013. Even if rates are up from last year, they are very low by historical standards and many borrowers choose a shorter term so they can pay down their principal faster.

For existing homeowners, rising home prices help increase their home equity. Homeowners looking for home improvement, to consolidate other debt or pay off student debt can cash-out home equity to do so. Under a cash-out refinance, homeowners refinance an existing mortgage into a new one with a higher principal balance to get cash in hand. Alternatively, borrowers could take out a second lien, typically through a Home Equity Line of Credit (HELOC).

In our Quarterly Refinance Statistics, we track conventional prime cash-out refinance activity. In the second quarter of 2017 the dollar volume of equity cashed out was $15 billion, up $1.2 billion from the first quarter, but down from $19.1 billion in the fourth quarter of 2016 (Exhibit 6).  As rate refinance volumes wane, the share of refinances that involve cash-out has increased (Exhibit 7). 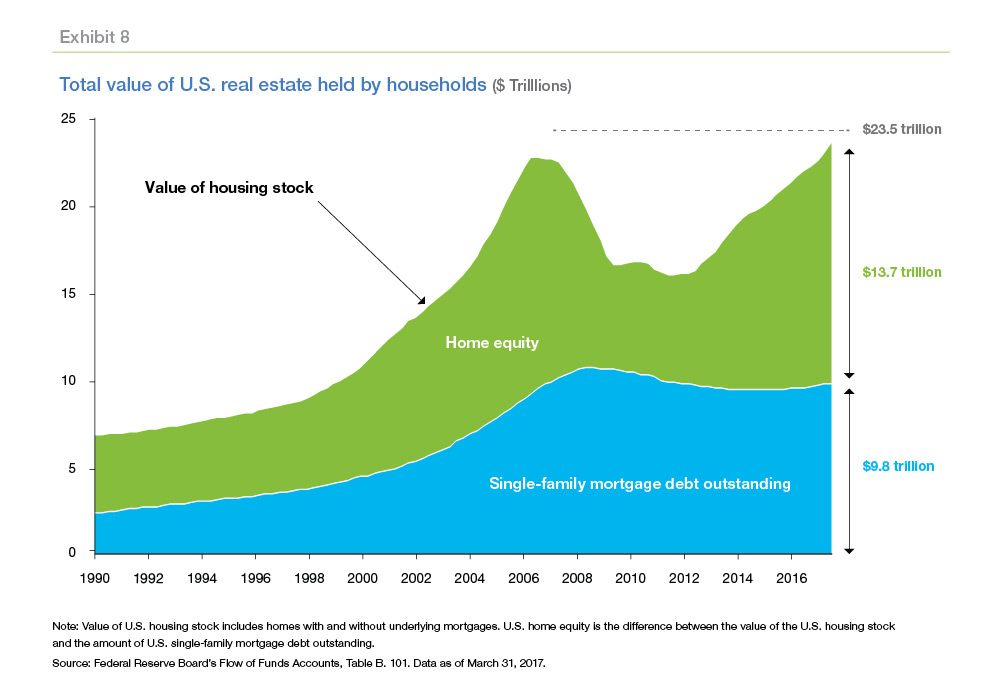 Cash-out activity, both as a share of total refinance activity and in dollars is well below levels reached last decade. Homeowner equity has increased to $13.7 trillion in the first quarter of 2017 (Exhibit 8). As home prices keep rising, cash-out activity is likely to also rise.