The U.S. economy grew at a 4.2 percent rate in the second quarter, which exceeded the advance estimate (4.1 percent) and was the fastest pace in almost four years. The robust expansion reflects a rebound in consumer spending, as well as upward revisions to nonresidential and private inventory investments. For the year, we expect the economy to grow at a rate of 3.0 percent, before moderating to 2.4 percent next year. 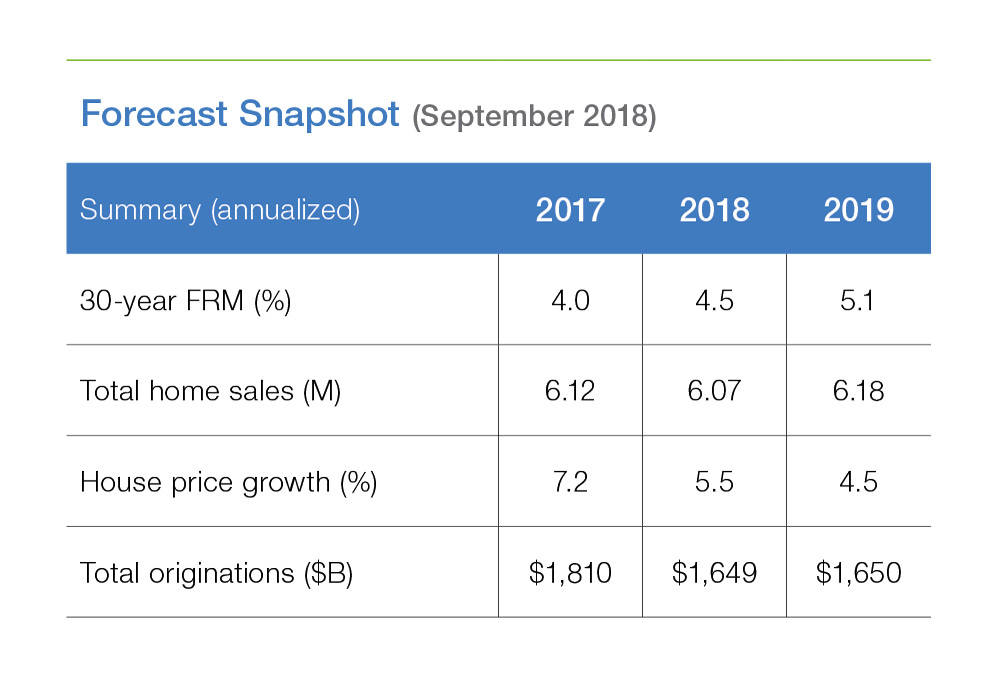 Mortgage rates stabilized this summer, but may be on the rise again

After a quick run-up earlier this year, mortgage rates inched backward over the summer and have most recently started to trend higher again. The U.S. weekly average mortgage rate reached 4.66 percent in May of this year and was 4.60 percent as of September 13. Looking ahead, we anticipate the 30-year fixed-rate mortgage to gradually increase again, averaging 4.5 percent this year and 5.1 percent in 2019. 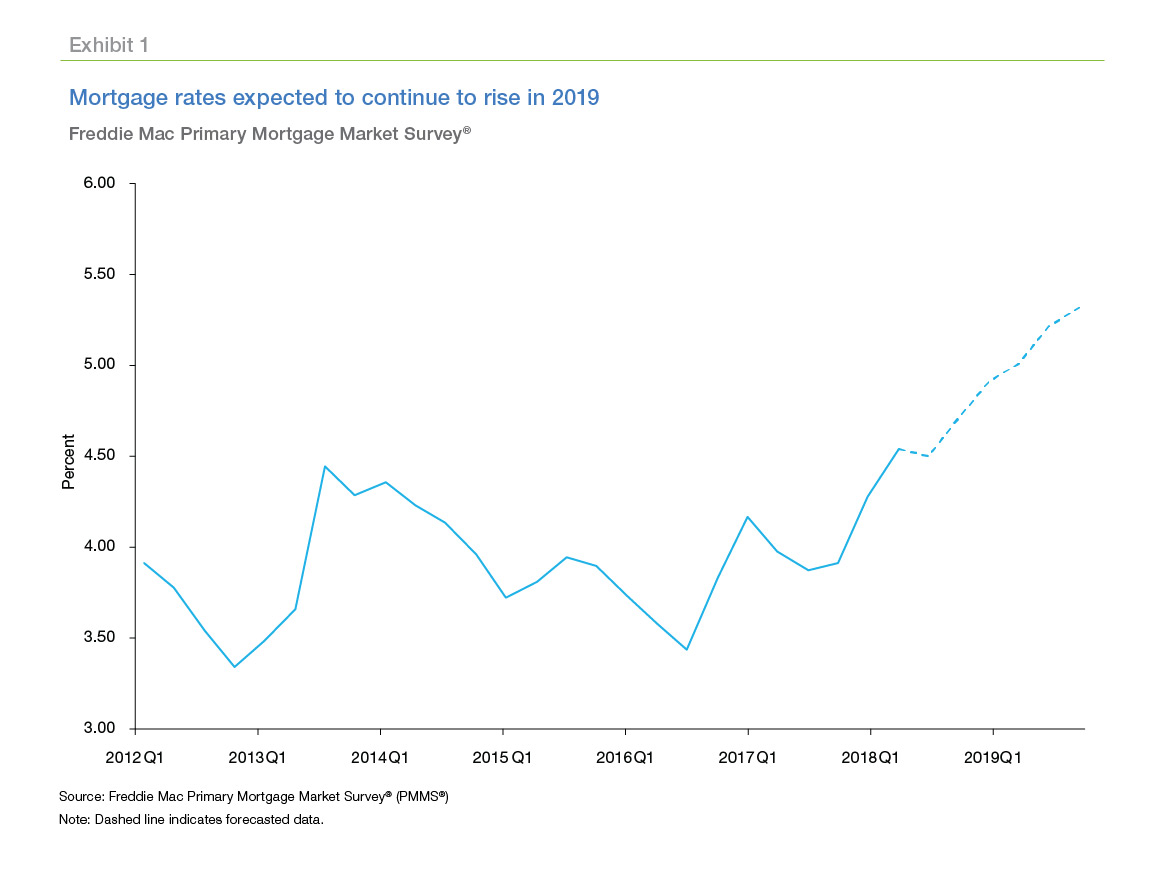 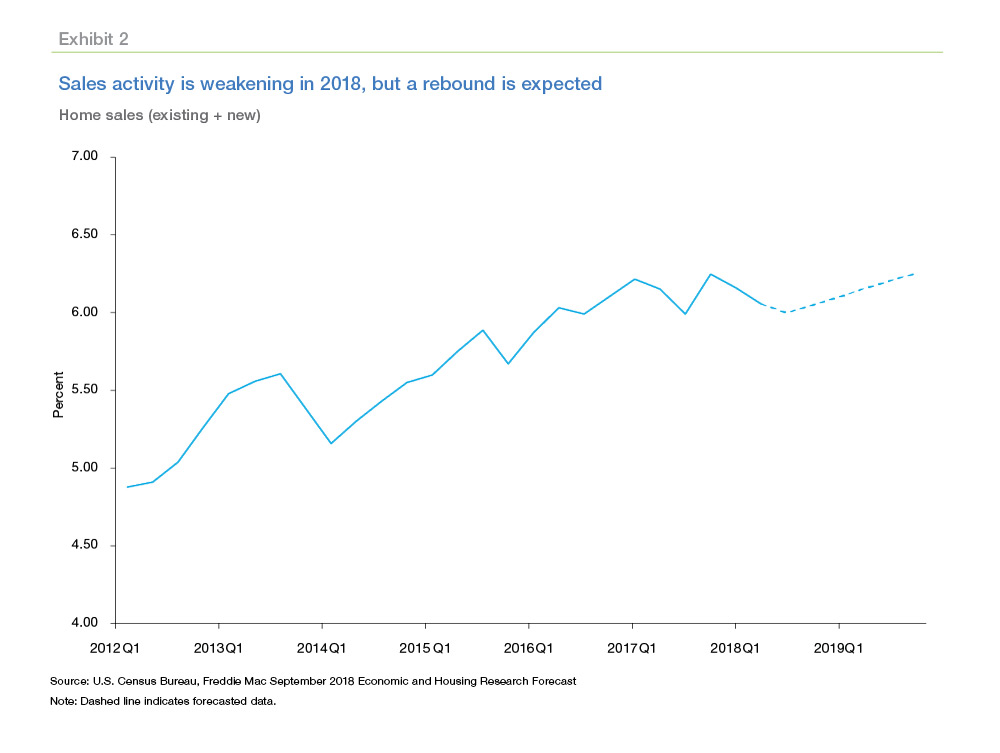 Amidst homebuyers' budget constraints and slight improvements in supply levels, home prices grew at a slower pace last quarter. The Freddie Mac House Price Index (FMHPI) increased 0.9 percent in the second quarter, down from a robust 2.1 percent increase in the first quarter. For the year, we anticipate that home prices will increase 5.5 percent, with the growth rate moderating to 4.5 percent in 2019. 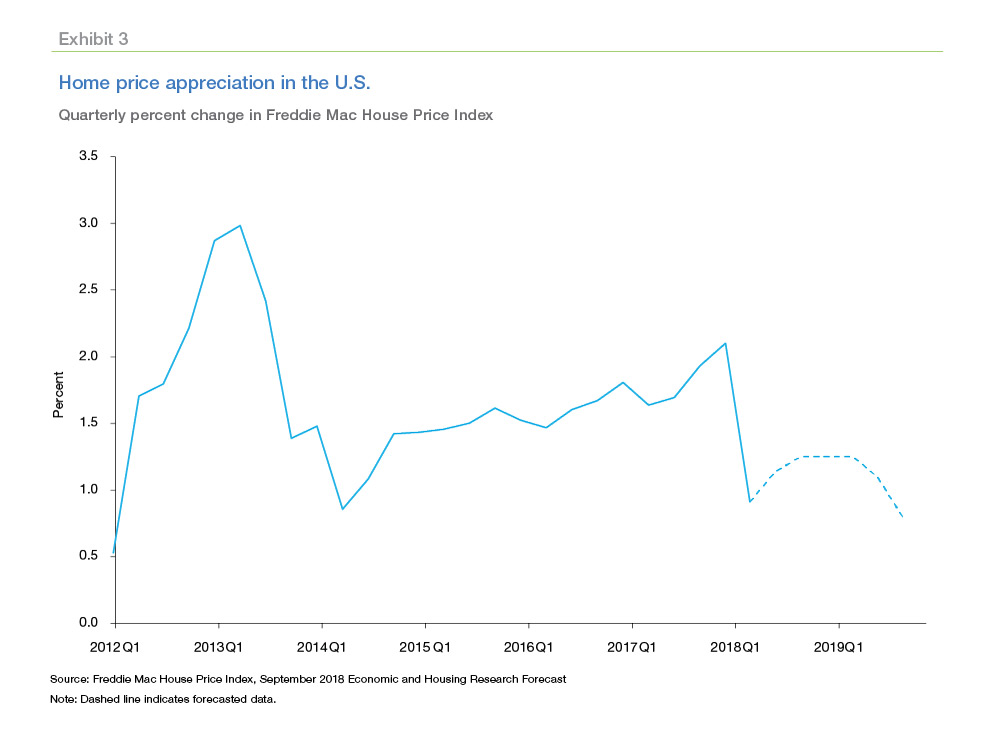 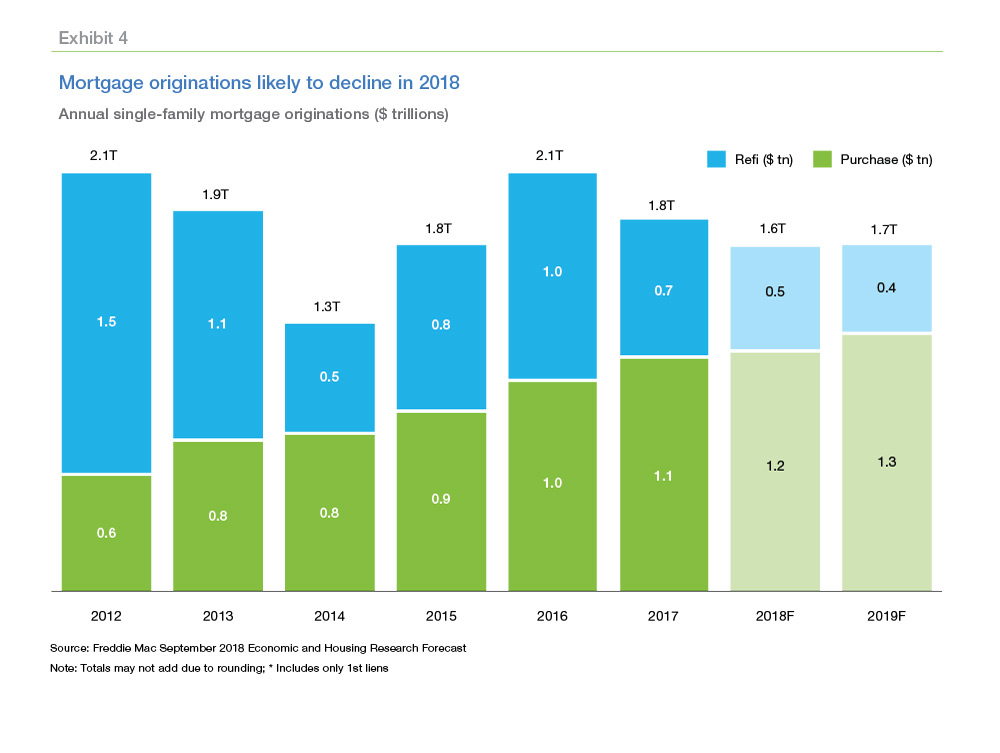 According to Freddie Mac's Quarterly Refinance Statistics second quarter data set, "cash-out" borrowers, those that increased their loan balance by at least five percent, represented 77 percent of all refinance loans – up from 57 percent a year ago.

Are homeowners cashing out?

In 2006, a lot of homeowners took advantage of their rising home equity and cashed-out an estimated $102.3 billion (in 2017 dollars). Exhibit 5 illustrates that in recent years, even with house prices surpassing the 2006 levels, homeowners are not cashing-out the equity in their homes the way they did in 2006. Even though the cash-out share of refinances are approaching the highs of 2005 and 2006, the dollar volume cashed-out is well below the volume extracted in 2005 and 2006. 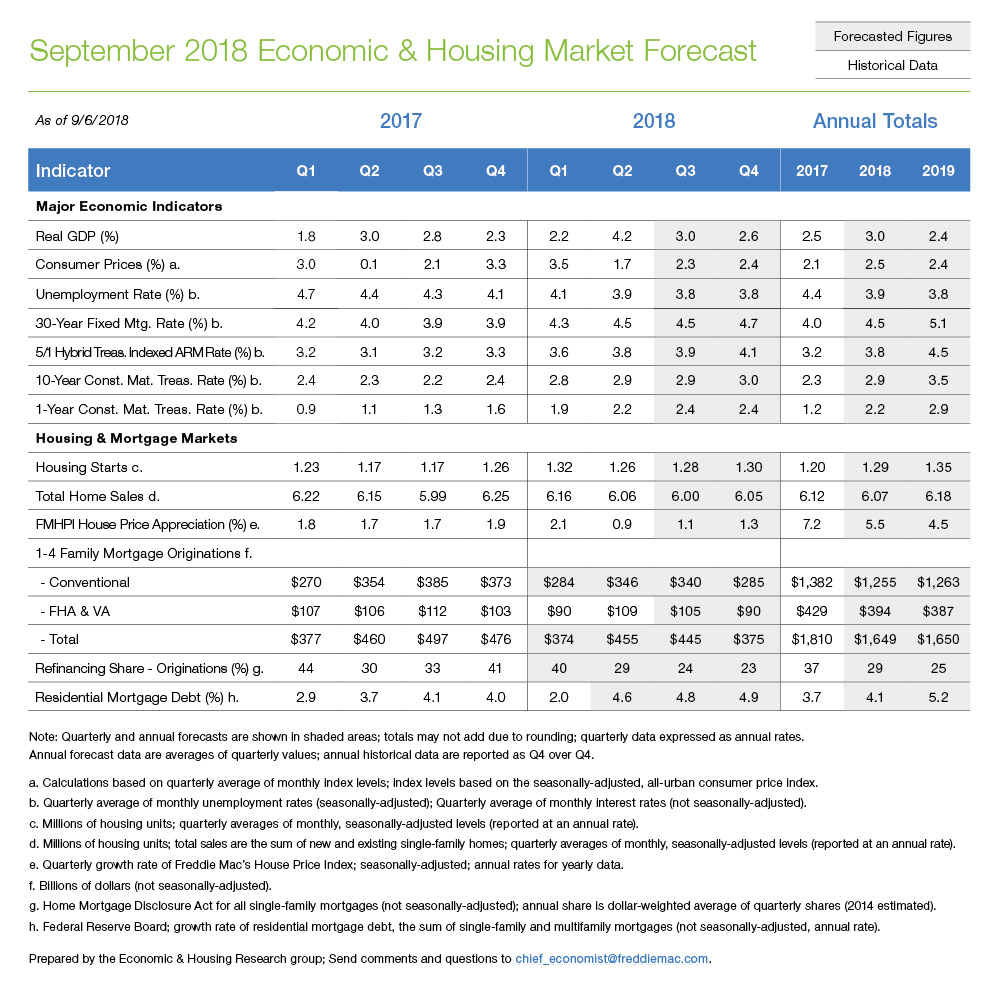