After strong GDP growth in the second quarter of the year, GDP growth is expected to slow to around 3 percent in the third quarter of 2018, down 1.2 percent from the previous quarter. 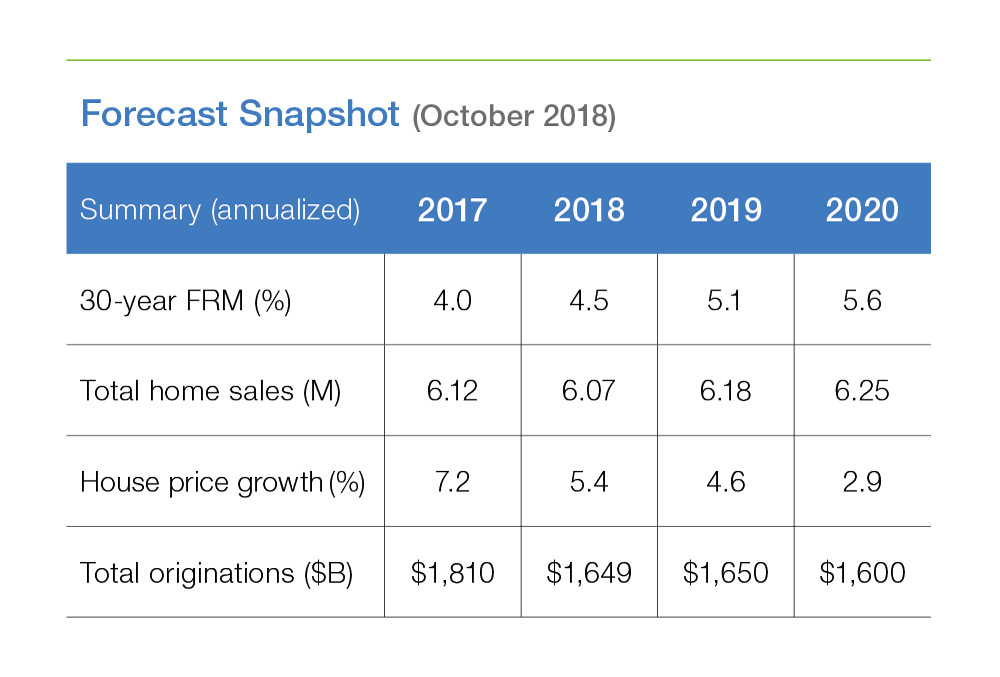 The impact of Hurricane Florence on the mortgage market is expected to be small, causing only a slight temporary dip in growth rate and no major increase in foreclosures, unlike last year’s hurricanes. With the end of this year approaching, we have added 2020 estimates to our forecast. We expect the economy to grow at a rate of 3.0 percent for 2018, slowing to 2.4 percent in 2019 and dropping to 1.8 percent in 2020 as the effects of expansionary fiscal policy fade.

In September, the U.S. economy added 134,000 jobs and the unemployment rate declined to a 49-year low of 3.7 percent. Jobless claims remained at record-level lows after a 1-week blip in the downward trend due to claims immediately following the hurricane. The four-week moving average for continuing jobless claims fell to the lowest point in 45 years during September. Payroll growth was weak in September, increasing just 0.3 percent which is inconsistent with the current strong labor conditions. We forecast unemployment to average 3.9 percent for the year and fall slightly to 3.8 percent in 2019 before rising to 4.0 percent in 2020.

Mortgage rates are on the rise

Mortgage rates remained steady at 4.6 percent for the third quarter until the weekly average rate increased to 4.9 percent in the beginning of October, a level that we have not seen since mid-2011. We expect mortgage rates to continue to gradually inch higher. We anticipate that the 30-year fixed-rate mortgage will average 4.5 percent in 2018, rising to 5.1 percent in 2019 and 5.6 percent in 2020. 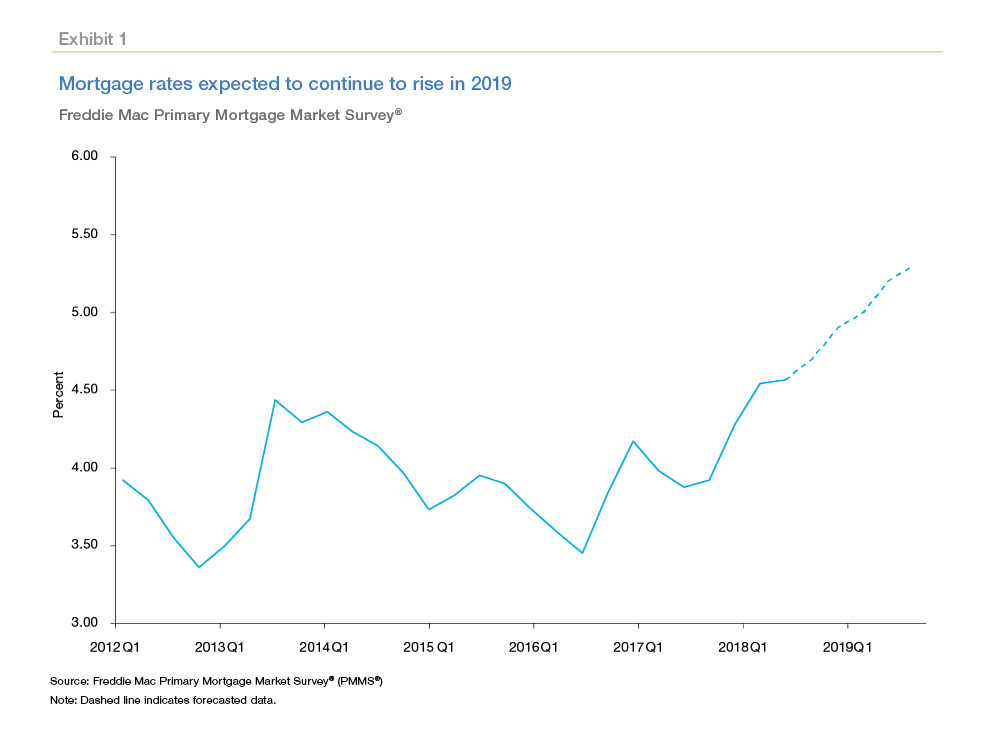 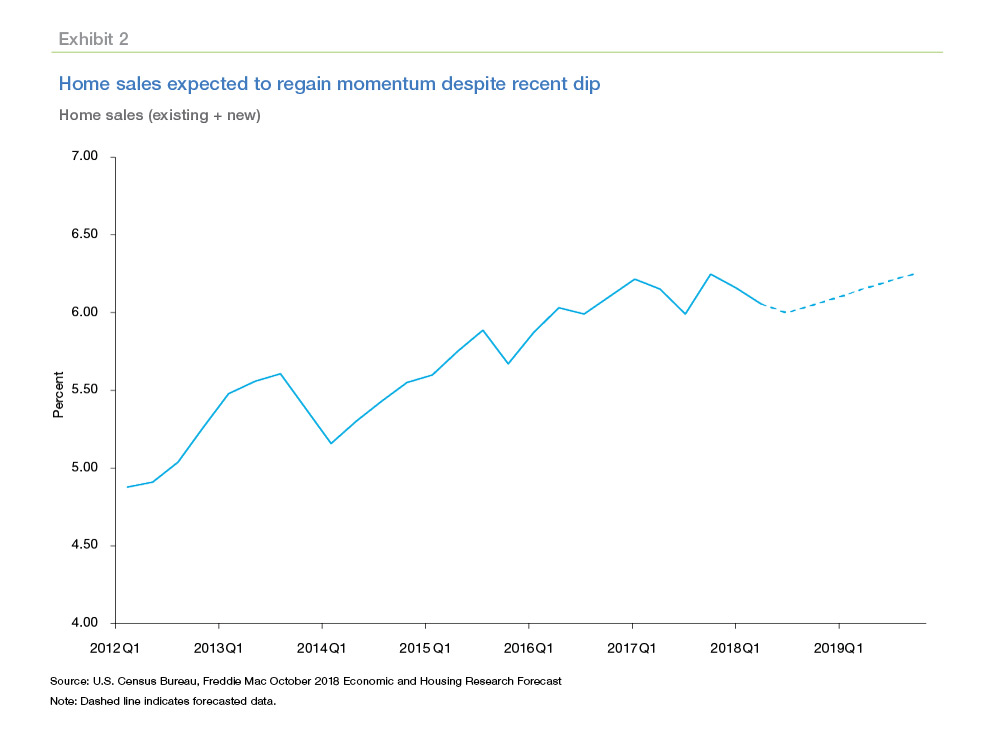 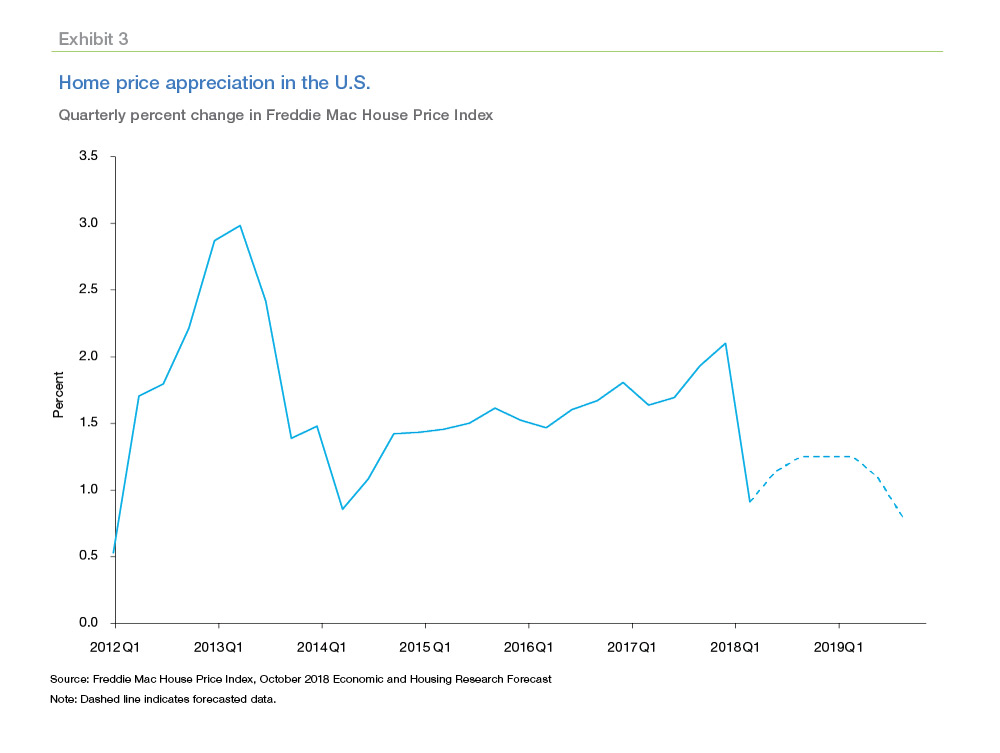 Rising rates coupled with increasing home prices have discouraged homebuying activity. In our latest outlook, we forecast single-family mortgage originations to decline 8.9 percent year over year to $1.65 trillion in 2018. Originations are expected to remain little changed in 2019 before falling once more to $1.60 trillion in 2020. 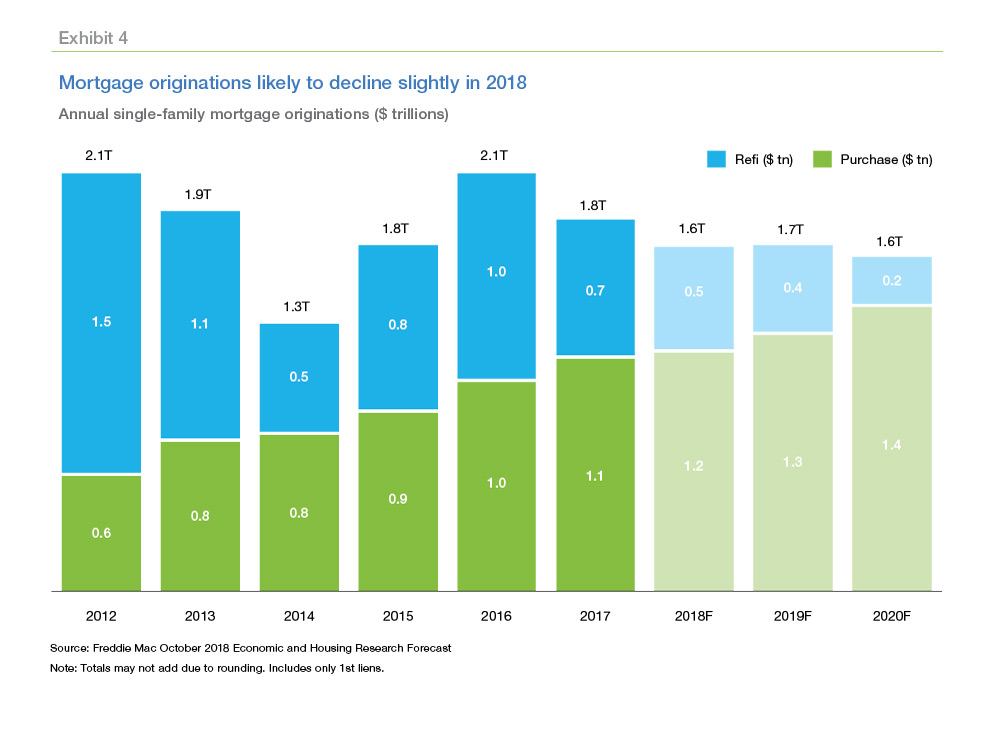 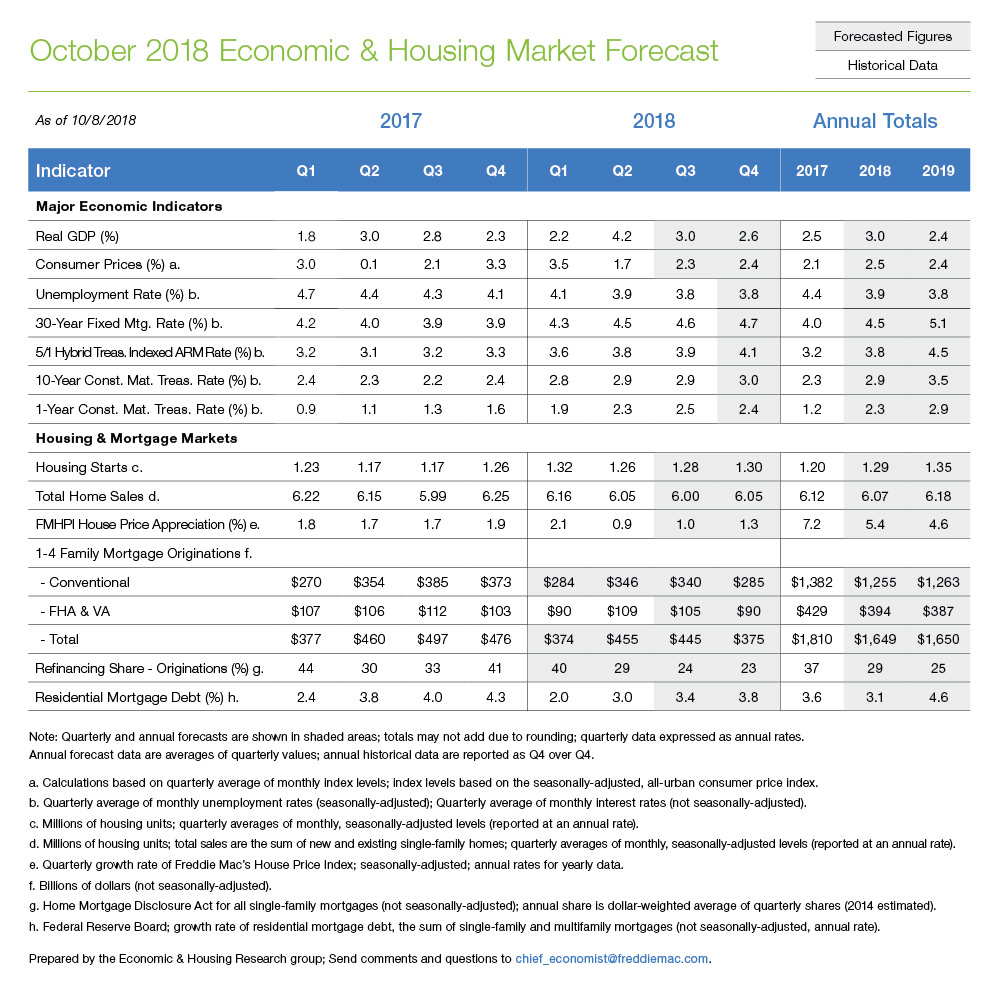